Two decades ago this month, I founded Stratatomic with a simple mission to Do Great Work and Have Fun Doing It. That dedication to craftsmanship combined with real passion and expertise in a broad range of creative and technical skills has enabled Stratatomic to become Greenville's longest established and most awarded web design firm. It has been my privilege to serve each and every client over the past twenty years, many of you who have been with me from the beginning and I'm proud to know you as friends. A sincere "Thank You" for your business, loyalty and support over the years.

In commemoration of this special occasion, Stratatomic celebrates it's 20th anniversary with our Tempus Fugit campaign. Indeed time has flown by and so much has changed with not only technology but our way of life as well, so join me in the WABAC Machine as we take a look waaaaayyyy back to the beginning of a journey that started with a young kid who's playground and after-school care was a junkyard in Spartanburg, South Carolina. 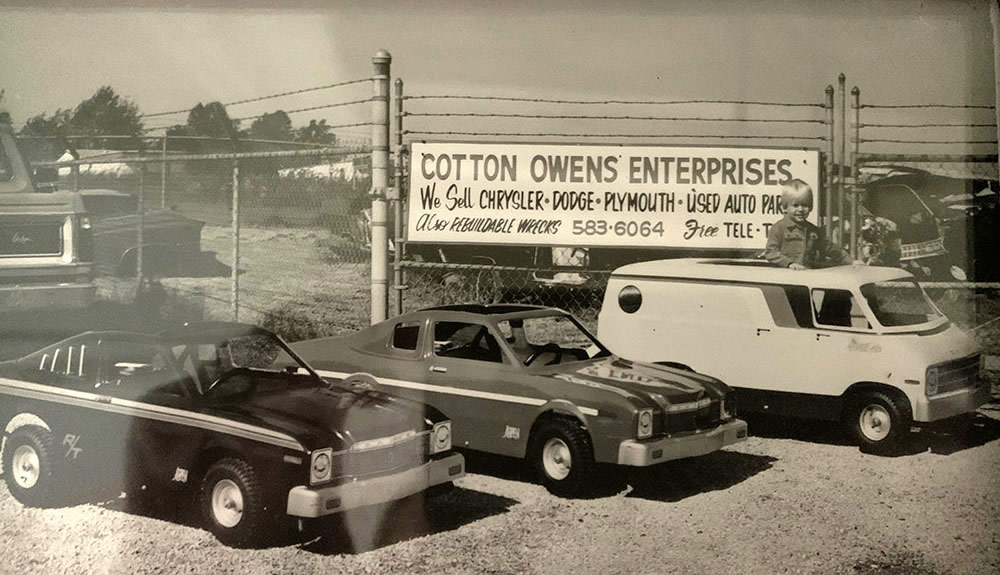 For those that don't already know, that junkyard belonged to my grandfather, Cotton Owens, NASCAR Hall of Fame member and perhaps the best grandfather and role model a young boy could have. Cotton had retired from racing by the time I came along, and had settled into a salvage business specializing in Chrysler, Dodge and Plymouth automobiles, the brands that supported him as he raced to success throughout his career (including a 1966 NASCAR Grand National (Cup) Championship) and whom he remained loyal to until the end. I learned a lot from him about loyalty, family, hard work, and a dedication to your craft - but as a child I must admit I didn't give those things much thought. I just assumed that's how the world was. It wasn't until much later in life that those lessons were truly realized, and while Cotton's tools of the trade were a wrench and a screwdriver, mine were a mouse and a keyboard.

I had a natural artistic talent and inclination from the earliest days of elementary school that I can remember. By the time I was a teenager, I had grown up with the computer industry and had taught myself how to draw and the ins and outs of a Commodore 64. I spent far too much time during and after school playing and drawing video games, creating my own computer games, and even creating logos and ads for some reason. It is apparent to me now that I was born to be a designer, but back then it's just what I enjoyed doing. I wasn't voted Most Likely To Succeed in high school, but I was voted Wittiest, so obviously I had a bright future in advertising.

I had also learned to drive most anything on wheels and had developed a knack for driving fast. At age 17, I began racing local dirt tracks and went on to win 3 consecutive track championships and more than 50 races throughout South and North Carolina. I parlayed that success and my graphics and marketing skills to pitch myself to sponsors, cold calling on businesses and selling them on the idea that I was the next Jeff Gordon. I wrote, designed and pitched sponsorship proposals to anyone who would give me an audience. To my surprise, they bought it (or me). In 1996, that hustle landed me a ride in the NASCAR Goody's DASH Series and a factory-backed sponsorship with LOVE Chevrolet, based in Columbia, SC and one of the largest GM dealer networks in the country. I designed the car paint scheme and graphics as well, and worked a deal with a local business to supply all of the graphics for our car and hauler. The future looked very bright indeed. 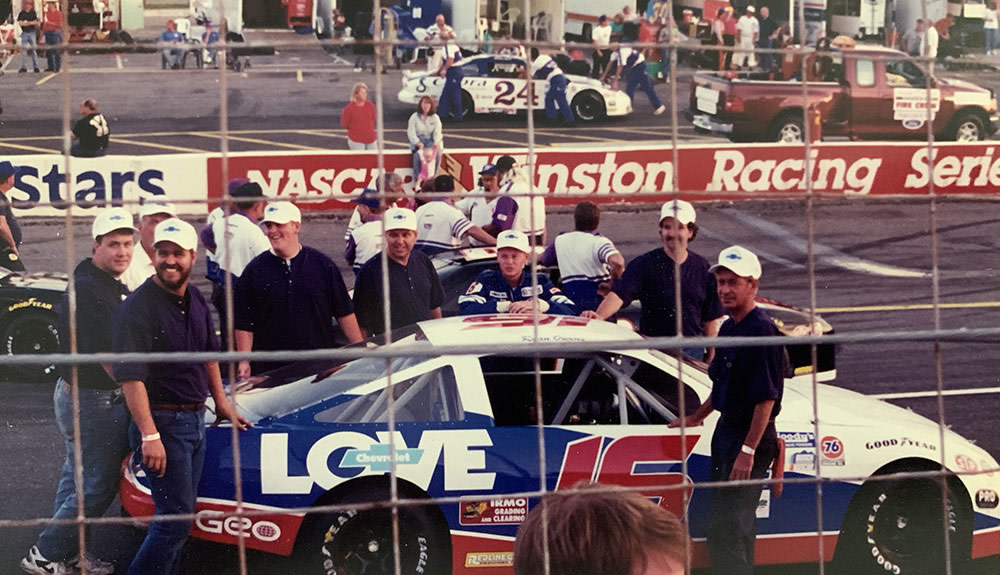 No less than a few months after we had inked a deal, our sponsor and the president of LOVE Chevrolet, Johnny Love, was tragically killed at the age of 34 in a freak hot air balloon accident while attending a GM dealer event in Phoenix, Arizona. Things fell apart as quickly as they had come together. My love for racing was soon surpassed by the need to earn a living, and with the arrival of the internet and my newfound confidence in marketing as a foundation, my attention was turned to a new frontier. 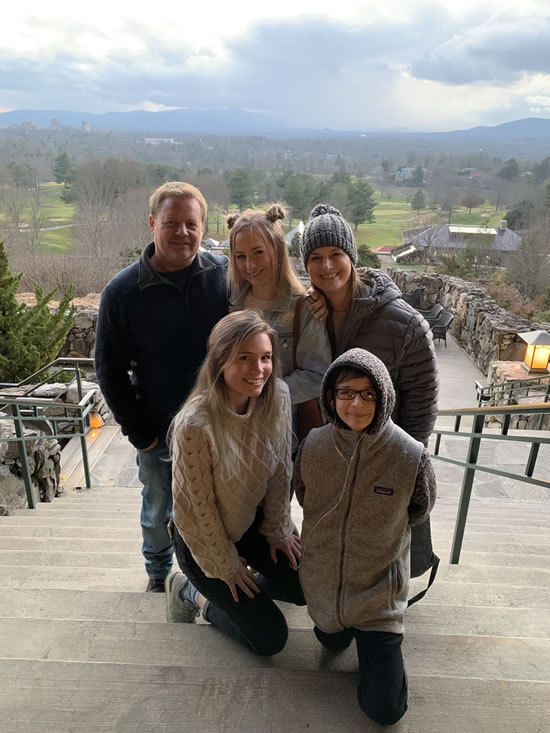 And the rest, as they say, is history. Now with 25 years of experience in all facets of marketing under my belt, and 20 years since founding Stratatomic, I am happy to say that I wouldn't change a thing. In that time I've raised a family and have made Greenville my home. Through this adventure I've met so many great people, entrepreneurs, business leaders, friends and folks from around the world who all have their own unique story and passion. I've learned so much more than how to code a website or make a logo. I've learned a little bit about so many different businesses that I otherwise would have never had the opportunity to. In that time I've seen Apple go from months away from bankruptcy to the world's most valuable company. I'm proud to say I stuck with them through thick and thin. I've come to understand what Loyalty means and what it must have meant to my grandfather, my hero. It is my firm belief that there are few things in this ephemeral life that can mean much more.

The things I like haven't changed much and are quite simple indeed. I still like cars though I don't drive quite as fast; I still sweat the details and like to make things look good; and I still take pride in my work and like to help others achieve success. That competitive spirit that is part of my DNA still burns just as brightly as ever, only now I apply it towards helping my clients win in their business.

As I reflect on the past I want to take this time to remember those who helped me along the way. It's been an honor and a privilege to work with you. Thank you for your Loyalty, for the opportunity to serve you over these past 20 years, and for allowing me to share a bit of how I got to where I am today. Always follow your passion, keep on driving and stay in the fast lane, no matter where the road may take you. Here's to the future!

Come gather 'round, people
Wherever you roam
And admit that the waters
Around you have grown
And accept it that soon
You'll be drenched to the bone
If your time to you is worth savin'
And you better start swimmin'
Or you'll sink like a stone
For the times they are a-changin'