Retrospective: Growing Up with the Computer Industry and a Graphical Guide to the Complete History of Apple Products

It's no secret that I've always been an Apple user and advocate, long before it was cool to do so. This graphic of four decades of Apple products caused me to pause and reflect back on my own career arc, which has largely coincided with the rise of Apple. Forgive me if this article is too long (TL;DR) and I completely understand if you just want to skip right to the graphic. But if you're interested in my personal story and long relationship with Apple, well here goes...

My first experience with an Apple product goes back to middle school, circa 1983, when the computer lab was full of Apple IIe machines tasked with running Oregon Trail for pimply teens day in and day out. Then I came to know a kid in my neighborhood who was fortunate enough to have an Apple IIe at home that played Pac-Man that looked exactly like the one in the arcade, and I was mesmerized. I remember calling my mom to desperately explain how beautiful and realistic those 8-bit graphics were, and begging for one for Christmas. Alas, Apple computers were expensive even in those days, perhaps more so relatively speaking, so I had to settle for a Commodore 64. But hey, that was at least better than a TRS-80.

By the time high school rolled around, I got a job designing t-shirts for a friend's dad's screen printing company, and I was introduced to the Macintosh Classic, appropriately referred to as "the art machine."

Then came college and there were the Macintosh Quadra towers, LCIIs, and even a few PowerBook Duos on campus. Up to this point, Apple had largely forged its own path, using proprietary chipsets, hardware and software that almost put it out of business as the PC market and Windows put a stranglehold on the industry.

1994 ushered in the PowerPC revolution, which promised a new era in compatibility by way of a new chipset co-developed with IBM and Motorola. Upon graduating college, I spent many a summer evening at the campus computer lab, playing with an arsenal of Power Macintosh machines and all the Adobe software at my disposal. I was determined to build a portfolio and sharpen my digital skills, and thanks to Gene, the computer lab admin, I had an expert resource that could answer any question I could think to ask. Gene had a fondness for computers and quirky vintage Norton motorcycles, and he was a genius with the Mac. Perhaps because he felt sorry for me, having to spend my summer evenings in an underground computer lab, or maybe he was just bored himself, but he took the time to show me all the tricks of Aldus Freehand and in turn helped me along my journey more than any professor ever did. Gene, here's to you, my friend.

Those long nights at the computer lab made me realize that if I was going to get better and hone my skills, I was going to need my own Mac at home. I could see that it was going to take some serious time, practice and dedication to my craft. So the decision was made to do the "adulting" thing, and I sold my motorcycle and spent the money on my very own Power Macintosh 7100. Lookout world!

My first job out of college and I was stuck with an old Apple IIcx, which unfortunately died on me one day as our magazine deadline approached. Reluctantly they agreed to an upgrade, but spending money was not something they enjoyed. I soon left that gig for a corporate job, where I had a Macintosh G3 tower that was faster than anything I'd used before. That job lasted about 18 months before they gathered us all in the boardroom to tell us that the Greenville office would soon be closing, and the company would be relocating to Charlotte. Once we got to Charlotte, the entire first floor of our building was a dedicated IT staff who claimed they could not figure out how to get our Macs on the company network. This was really important to them, as they needed to be able to send us memos in Lotus Notes. As if they had never heard of email.

This was around 1998, just as the Internet was taking off, and I thought this must be some kind of a joke. Their "solution" was to just replace our Macs with some Windows machines and then we'll be able to receive their very important memos and TPS reports. They smugly asked, "Will Apple even be in business next year?" I shook my head in disbelief that anyone could possibly think that Windows was a better solution to a problem that didn't exist. I threatened to quit. I wrote a letter to my boss. They backed off. I quit anyway.

The reality was that Apple was in serious trouble. Their products and software had always been great, and were light years beyond Windows and those clone PCs that had no soul. To me, anyone who spent more than 15 minutes with either machine could easily see that it was no contest. I just never understood how anyone could stand all the awfulness that was Windows. But at this point in time, I was an outlier. A rebel. Luckily there was a small but dedicated faction of creatives just like myself who fought long and hard for Apple and in truth are what kept the company in business during this dark period.

By 1997, Steve Jobs was back at Apple. And just in time, as the company was only months from bankruptcy. He ushered in radical changes, simplified their product line, and engineered a laser-like focus on innovation and pushing the industry forward. Of course, in hindsight, it's easy to see how this all played out. Steve Jobs is now an urban legend. The myth bigger than the man himself. But during this time, it was definitely not cool to be an Apple fan. In fact, it was a real gamble, but one that would pay off handsomely in the long run, for myself, for Apple, the computer industry as a whole, and indeed I would say the entire world has been forever changed by their technical leadership and constant innovation.

When Jobs came back, I decided to buy my first company stock ever, and did so to the tune of $7 per share. You don't need to ask how many shares I bought.

And here we are now, 25 years later as I type this blog entry. Stratatomic will soon celebrate its 20th anniversary. Since that time I've gone through a number of Macintosh models as the technology advanced along the way. Power Mac 7100. Power Mac 7500. Original iMac G3 (lime green, which I still have). Power Mac G4. iMac G5. iMac 2nd Generation. iMac 3rd Generation. Various MacBook Pros. iPads. Apple Watches. And more iPhones than I care to think about.

The industry, and the world at large, has been turned upside down. Microsoft is a convicted monopolist. Windows is still a sad joke, but at least now there are viable alternatives and thankfully people and the corporate world have been woken up to that fact. The predominant computing device is now a phone, thanks to Apple, and Microsoft completely (and thankfully) missed the boat on that one. The Internet is now the fabric of our lives. Software doesn't come in a box anymore. I already miss the days of Apple vs. Microsoft, which seems like it was eons ago. I am still not over the fact that The Best Graphics Program Ever - Aldus Freehand - which later became Macromedia Freehand, and subsequently was acquired by Adobe, which abruptly abandoned that program and forced all those loyal users like myself into the throes of Adobe Illustrator, which as everyone knows is The Worst Graphics Program Ever.. but I digress. And Facebook may prove to be more evil than Microsoft ever was. Again, time will tell, and technology will keep moving forward.

I'm proud to say that I've supported Apple all along the way. Time has certainly proven me right. Today it certainly is a much different world then it was when I was just getting started in my career. Apple is a global behemoth, and in case you didn't hear, was briefly the world's largest company by revenue and the first ever to exceed a market capitalization of over $1 trillion. Apple's technology was better then, and it's still better today. And what a ride it has been.

I'm still using Apple products to this day, and probably always will. However, I will admit that Apple is not the same company it was when Jobs was running the show. He was certainly one-of-a-kind, and guys like him don't often get to call the shots at a big time corporation like Apple. That's too bad.

I've certainly got quite a few, uh, "suggestions" that I'd be glad to share with Apple if I thought they were interested in what I have to say. For starters, I wish they would regain their focus on the Macintosh and the creatives like myself who kept them in business and are indeed the backbone of their success. iPhones are great but it's the whole ecosystem that makes that success possible. I could go on, and if you're an Apple nerd like I am and would like to chat it up some time, then by all means give me a call or shoot me an email.

Meanwhile, I'll be hacking away on my trusty Macintosh. And I'm still holding on to all that Apple stock :-) 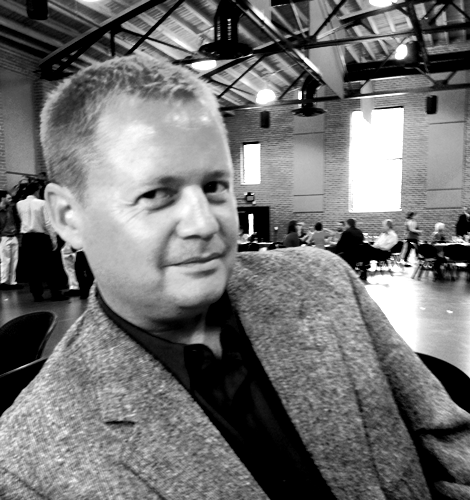